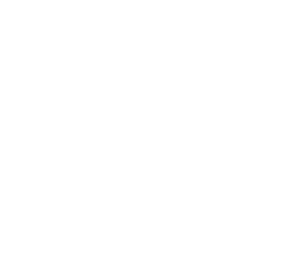 The Board of Directors of the Education Foundation of PSIA-AASI Western Division has launched a first-in-the-profession “Excellence in Journalism” award benefiting the snowsports industry.

Recognizing the importance of communication about our profession to both members and the skiing/riding public at large is important to our growth and understanding of our sport, the Education Foundation launched the award at the 2019 PSIA-AASI Spring Convention at Mammoth Mountain. Michael Rogan, PSIA’s Alpine Team Coach, was this year’s first recipient of the award.

Michael began his skiing career in the East with positions at Catamount, NY and Pico, VT before he accepted a position with Jimmy Ackerson at Portillo, Chile in 1989. Michael moved shortly thereafter to Heavenly Valley shortly and firmly established himself in the Western Division of PSIA-AASI.

Rogan has 60 professional seasons under his belt, alternating between Heavenly and Portillo, since 1989. He has been a member of the PSIA Alpine Team since 1996 to the present day, a total of 23 years. In the world of international teams attending Interski, this length of service is unprecedented.

Michael began contributing to SKI magazine in 1994, two years before he was accepted into the PSIA Demo Team. He worked with Stu Campbell at SKI until 2008 and after Campbell’s death he became the magazines instructional director.

Stu Campbell said of Rogan: “He keeps asking questions, experimenting and trying new things, then he makes it concise and to the point. He is always working hard, seeking knowledge and then he lets us in on the secret.”

Within PSIA-AASI Michael has worked with video, blogs, podcasts, manuals, magazines and newsletters to present information we can all use in teaching skiing.

The Western Division of PSIA-AASI will continue to recognize those individuals who have contributed to the growth and understanding of our sport through service and dedication.

The PSIA-AASI Western Division Education Foundation was established in 1994 to provide financial assistance to PSIA-AASI-W instructors looking to enhance their personal growth and further their careers in snow sports instruction. The mission of the Foundation is to provide education opportunities for professional ski and snowboard instructors.

We want YOUR Pictures!